Game left over from May 11th  when the weather and ground was a lot wetter.


Attendance:  A host of a multitude or maybe a bit less


The Good, the Bad and the Rugby

I was going to keep track of knock ons and lost balls but I got to one and then I forgot. Both teams did well in the first five minutes until Dan intercepted one of their passes in the center at about the fifty,touched down and converted. At about twenty minutes John caused a player to smack him in the head and get a yellow card.  John went off to get stitches and  was back before the end of the game probably thanks to the new health networks set up by Grimsby the conservative government.  (Every one must think the hospital is closed so no one goes anymore)
We did what we usually do in situations when the other team is down a player we move the ball quickly from side to side , kick the ball out of bounds and let them score,  When then the player came back on and we let them score again so at the end of the half we had Hamilton exactly where we wanted them.

At 45 minutes Dan gets a nice breakaway and run to a touch down and does the conversion..
At 55 minutes Dan kicks a penalty and at 65 minutes Webs makes a partial break, off loads to Will who makes a long run and offloads to Dan for the try under the posts. Being good hosts we let Hamilton score at 80 minutes.

Trends:
We have not failed to notice that Dan Prentice-Chowen is a scoring machine (guess who Hamilton picked as man of the match).  We also noticed that we have won the last couple of games without Vic Blaney on the team.  It has been along time since that has happened.  We kicked six balls into the bush and we do not have any yet.

End of the Season after 10 games (9 actually) we have a 6 and 4 record (losses in the first two games (both away) and  two losses to Niagara).  I count that unplayed game against Fergus as a win since it was never played (they did not have a ref) and they call it as a win (their only win of the season) and we beat them in the one game- or at least a tie.  No matter what, we ended up in fourth place in the Niagara A2 division which seems to be a good for a turnaround season..

Tats of the Team

We3 are resurrecting a popular feature of the blog:  Tattoos of members of the club. 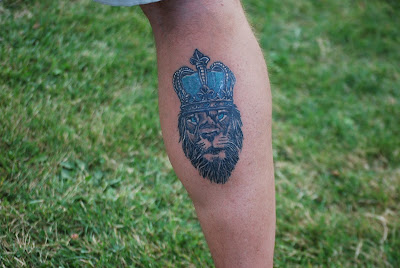 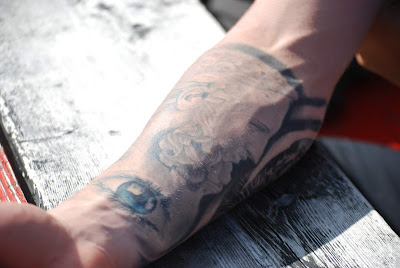 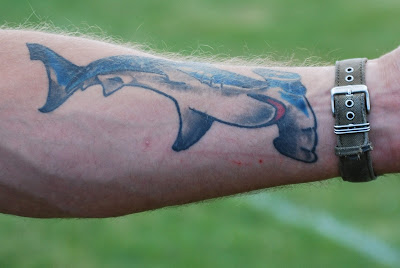 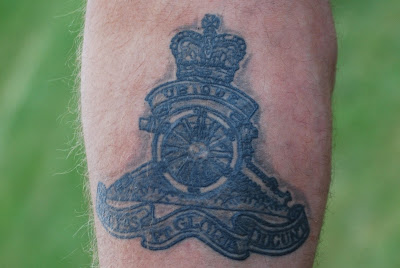 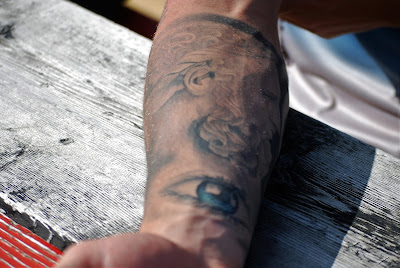 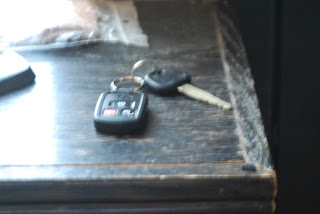 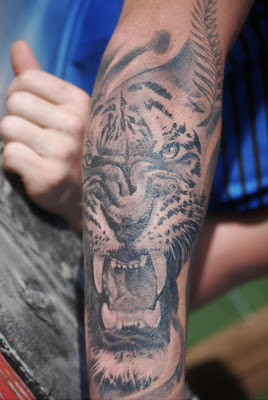 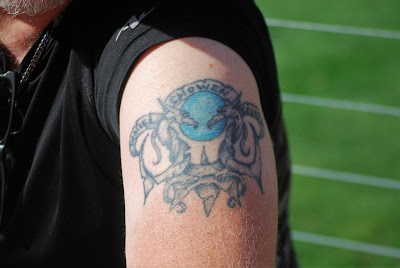 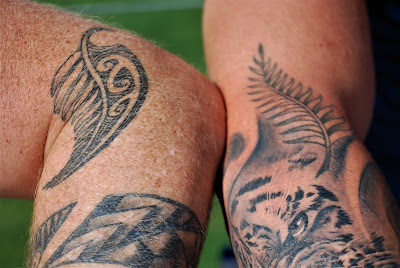 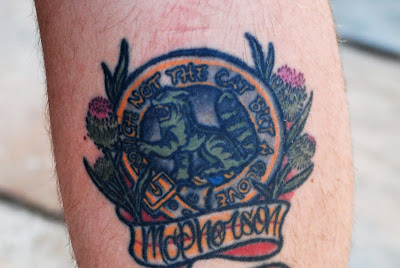 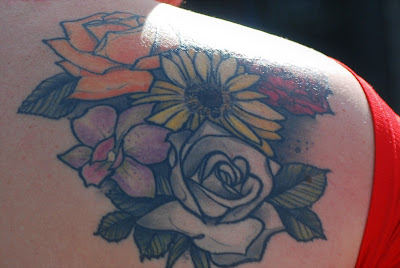 Next week we have a family day with the final flag kids tournament in the morning and we are challenging Burlington to a game of rugby and the winner can say they are the best place in Canada to live) and a pig roast in the evening.

Venue: The fields of Alway Park in  Grimsby

Weather:Nice night for an evening game (start at 7:15) about 24 degrees.

Referee: A special appearance by Bob Mavrothalassitis straight off the plane from Cuba where he up graded his Spanish because we are used to spanish speaking referees)

Attendance: Once again somewhere between 20 and 600.

It is a good thing we had all these players because they came out strong for a team that had not really won a game (they got 5 points from us because they claimed a game that we could not play due to a shift in start time due to no referee.  Other wise they have one bonus point for scoring 4 tries in one game and another bonus point for coming close in a game.)  Probably an influx of first teamers so I don't feel bad about our slightly improved team.

We started as usual by handicapping ourselves as Fergus scored at about 10 minutes but we tied it up with a try by Tuan Vo after a blocked kidk by Joe Faint.  The convert was by Glenn.  Fergus then scored  converted tries at about 25 minutes and again at 30 minutes. However we did manage to spring Glenn (or he sprung himself) for a long run along the sideline to touch down and convert himself.just before the half.

In the second half Fergus continued to play strong and we tended to be sloppy by knocking on passes and letting the Highlanders pull the ball out of our hands.  But they did not score again in the game and we did.
At about 60 minutes Dan scored with Glenn converting and at about 65 minutes someone scored but Glenn missed the extra  At 70 minutes Jake touched down and Glenn converted.  Then at 75 minutes Glenn pushed across a penalty kick and at 77 minutes the game was called because of an ambulance on the field and darkness. The Fergus player did not break his collar bone but did separate his shoulder.


Trends: We continue to be down at the half, we haven't got a yellow in three games but we kicked 8 balls into the bushes this week (four were found the next day in a 10 meter radius ).. Overall though it is entertaining and fun rugby. We seem to play well even though their coach keeps calling the 1:3:3:1 set up the 9:3:3:1 when everyone knows that 9:3:3:1 is the phenotypic ratio of the F2 generation for a dihybrid cross in Mendelian genetics.

Thanks to Erin for cooking the pea meal and making the salads.

We get this weekend off and then the long weekend and we play Hamilton in a rearranged game from May on August 10th.


The picture below is of Grimsby Gentlemen Glenn Butler and Dan Prentice-Chowen holding the winners trophy at the North american 7s Invitational in Salt Lake City Utah on August 3rd. They went through the tournament undefeated playing for the Canadian Misfits

Oh no. I forgot to keep my camera  hidden again