Wilmot at home (Week I of X)

Weather:  Spring weather:,about 15 degrees at the start but cooled with with wind by the end of a long game. Great day for rugby 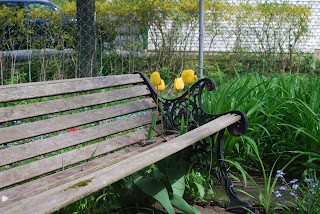 Attendance:  My best estimate is around 500 (could be wrong)

Team:  First game of the new season and are missing a few from last year but they have been ably replaced:

The last time Wilmot was in our league (2010) they beat us 43-3 at home and 36 - 0 away and since that time they have been playing in the A division and it showed in that they had a few bigger bodies and a bit more urgency in their play.  We had trouble with their scrum and are still inconsistent with our lineouts. However we had the play in their end often and for long periods and close to the line but could not finish.  They scored on two longish runs and managed to outflank us a few times.  The unfortunate injury to our young prop Nick took some wind out of our sails and they scored fairly quickly after by their eight who ran through our defence at about 25 min and another score before half gave them a lead at half time.  Delay of the game for about 45 minutes.

We continued to play strongly and got close a few times but failed to cross the line. and Wilmot scored twice mainly due to poor coverage and tackling.

Man of the Match goes to Nick Lord and we hope is knee is not too badly twisted.  I really thought that the first ambulance that came to the clubhouse would be for me. 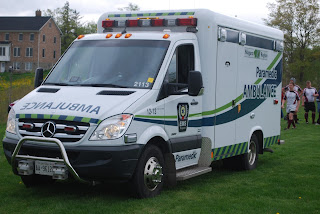 Their man of the match went to Vic who beat their guy in a drink off so we won something.  Also a great job with the BBQ and thanks to Jen for the salads.

Congratulations to one player who played his first league game with the Gentlemen and his first at Alway field.  Meet Adam Godfrey (formerly of Cobourg) 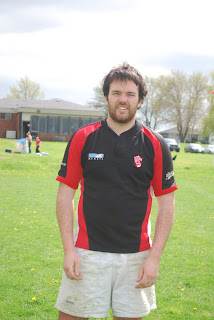 Welcome back to Ryan  who took several years off to hone his rugby skills. 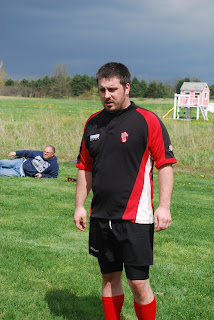 And to Martin who took a year off to learn to tie his shoes. 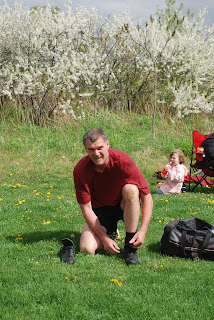 Thanks to Brennan, Nick and Ryan for coming early and cleaning out the clubhouse.
Thanks to the players for arriving fairly early for a good warm up.

Be warned the IRB will change the cadence again to Crouch, Bind and Set next year because that is what they do (change cadences).

Korea defeated the Philippines 62 to 19 on the weekend and is number 26 in wold rankings only 73 ahead of Greece.