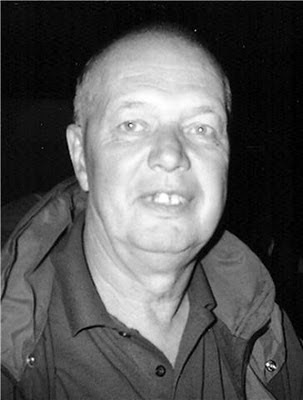 Tony Booker passed away at his home on Wednesday January 6 2010 at the age of seventy. Beloved husband of 45 years to Ann (Corbett) Brooker. Dearly loved father of Alicia, Janet and Michael Brooker. Dear brother of Bill, Chris, Peter, Pat and Moira and brother-in-law of James Corbett.

Tony spent the last 35 years developing rugby in the Niagara Region. He helped to develop the Niagara Wasps, the St. Catharines Tigers and the Grimsby Gentlemen. He was instrumental in the administration and coaching of these clubs at different times and took a keen interest in starting and coaching high school teams at different times in Grimsby, St. Catharines, and Niagara Falls. A lot of players, both men and women, were introduced to rugby by Tony. His dedication to the sport is very appreciated and he will be missed.


Tony was honoured three years ago at the opening of the Grimsby clubhouse and field with the Brooker Cup to be played for annually between St. Catharines and Grimsby. 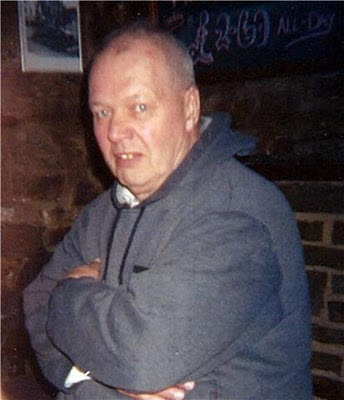 It was the pre-Olympic, 2010 New's Year's Touch Classic, live, on ice and in 3-D.
This years game started at 1:00 (1:30 Grimsby time) and the weather was good with the ground frozen and a dusting of snow. We are starting a campaign to get rugby also admitted to the Winter Olympics. 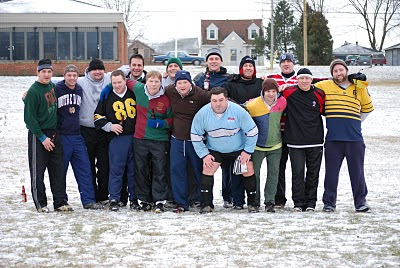 
Milli was in mid season form 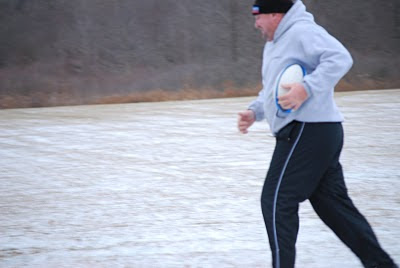 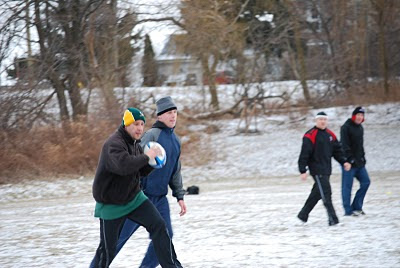 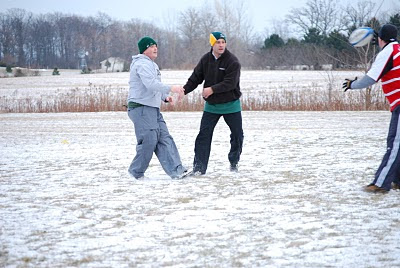 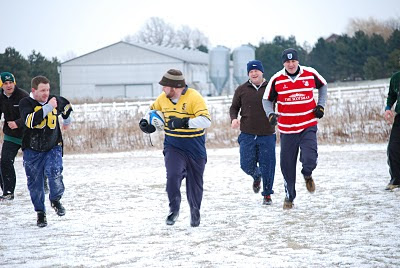 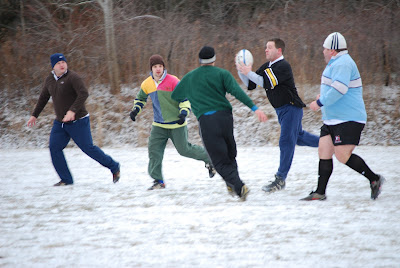 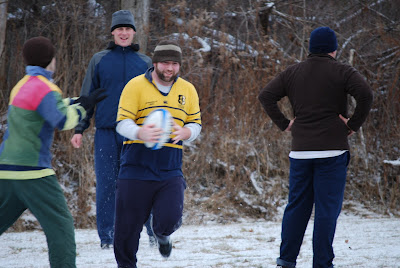 Bill tries to make a break between two defenders 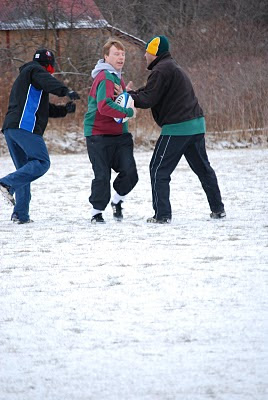 The winning try by Derrick 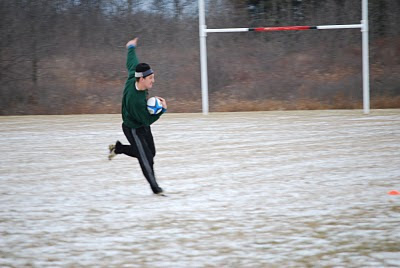 Jon Millington gets the Mavro award for his chilli. 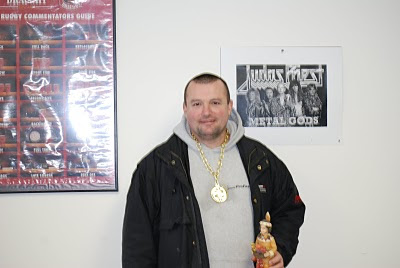