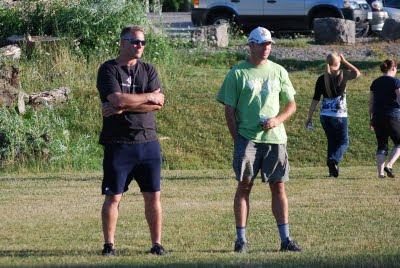 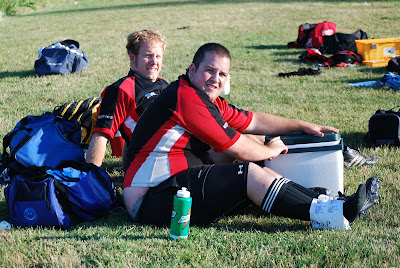 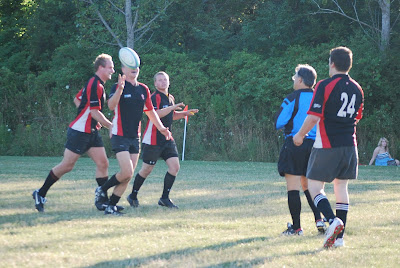 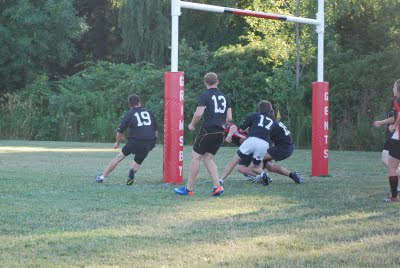 FIFTH PLAYING OF THE BROOKER CUP 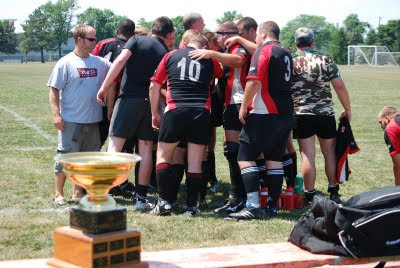 Weather: about 30 degrees but felt like 40: a day that was probably too hot to sit by the lake and drink cold beer - so we played rugby

Attendance: The Wolfs showed up - Martin Wolff and Dan Wolfrack - Jeremy's uncle, and Laura and Marie and the ref's daughter who was cheering for us. Beth was there only to drive me and she took the pictures. 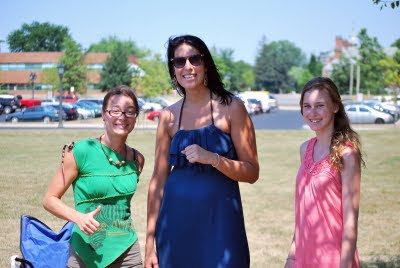 President's Report
It was a hot one which perhaps kept tempers down and it was one of the better games between the two teams (the only better time is when we win). We started slowly and the Tigers controlled a lot of the play in our end. After a turnover at a lineout they attacked quickly in the backs and scored after about 12 minutes. We gradually started to gain more confidence and put on some pressure. At about 30 min, Derrick took a quick tap penalty and a quick pass to Martin C. opened the scoring for us. At about 37 min, we again lost a lineout and a similar try was scored by the same Tiger as before.

After giving up a penalty in the first minute of the second half, we played much of the half in their end but could not score. Strong effort. 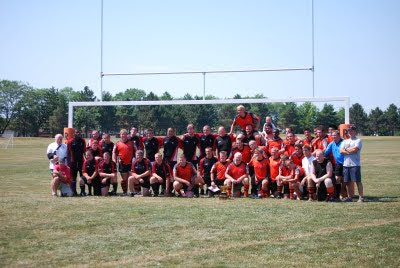 Coach's Report:
A good effort, it was hot and we only had one replacement (they had a number). Again we damaged them in the scrum, but did poorly in the lineout. We caught them a few times in kick coverage, but missed a couple of times. We do alright with the initial play but do not move the ball on quickly - too many slow rucks. One of the cleaner games we have played with our local rival and I think we play better when we concentrate on the game.

Congratulations to Chris Short for playing in his very first rugby game, he played the whole game and played well. 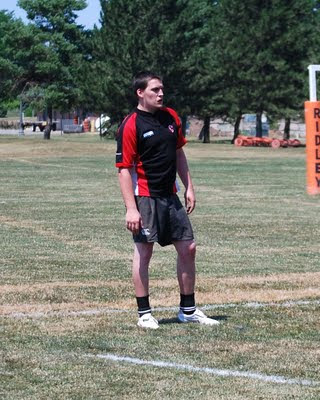 My pick of man of the match was Kyle Wilson for his leadership during the game. Their pick was our youngest (under age)and our lone try scorer, Martin Colyn 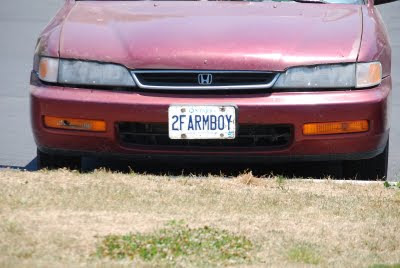 A couple of pictures of our forwards and backs in Brooker Cup action. 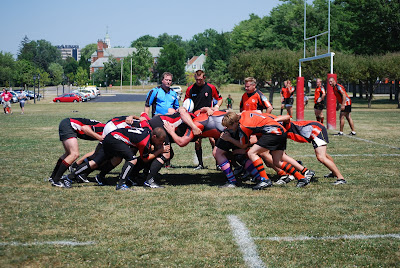 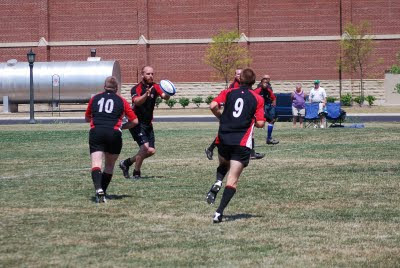 The older guy is Rick? the father of Jeff Innis, their scrum half, who is getting a couple of knees replaced and wanted to play one last ceremonial scrum with his son. The dad did not want to leave as he thought he had made the team (they are pulling him off). 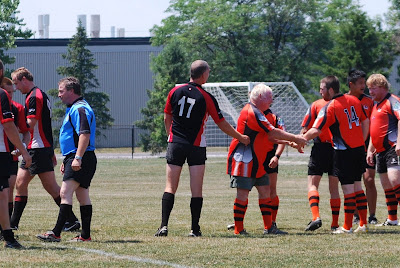 I am glad you didn't make me play with Mike before they replaced my shoulder. Everybody says this oxycodon is dangerous but I find if you are careful and take two every four hours, there are no side effects. Except, as Mike recommended, you should take a stool softener or you may not take a dump for longer than the six days it took me. It is very boring as you cannot do much with a bad shoulder, thank God for women's soccer. It also takes a long time typing all this with a left hand. Also, while I think of it, wiping yourself with your wrong hand should be an Olympic sport.
Posted by b stuart at 4:04 PM No comments: 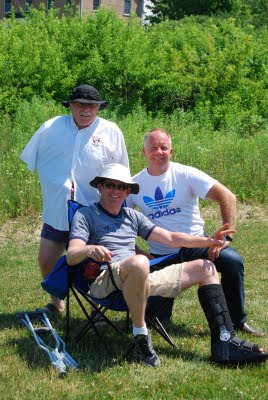