Grimsby Gentlemen 7: Waterloo IV 23* (not sure -no game sheet)

Weather: mid twenties a little humid at game time, clear skies (there might have been a full moon or it seemed like there could have been)

Referee:  Mike Hargrave: first time in Grimsby for Mike (who was immune but not unaware of helpful ((they claim))sideline criticism)

Attendance:   Not our usual hundreds (many out voting) but a few prospective high school players and parents and a few, but loud followers.

We unfortunately have four injured (one falling off a tractor) and two missing (no doubt helping to get the vote out so Burlington can go red).

Game:  Waterloo controlled the ball and territory for the first minutes but we did well keeping them out of the try area and they could not finish until about 15 minutes into the game.  Comments from the gallery led to several penalties against us - one of which was kickable.  We kind of limped into half time 10 points down but with some encouraging plays.

Unfortunately, Waterloo started the second half hard and scored within a couple of minutes of the kickoff.  We started to play better and got a few runs in the backs ( Jake was re-positioning the ball when he knocked it on) but ultimately got chased down.   Waterloo scored again with about 10 minutes in the game but Grimsby put Waterloo under a great deal of pressure in the final few minutes to enable Nick Lord to touch down near the sideline.  The last play of the game was Vics long kick from the edge to add two points.

First game for Sam Berg for The Gentlemen (Sam had his first season with Beamsville this year) and played very well in the backs.  Sorry about the picture Same - I will get one that is in focus.
Interestingly the last 30 minutes (until Alex Millar got on) we played with a back line of under 21 years except for one of 25 years.  The median age was 19. 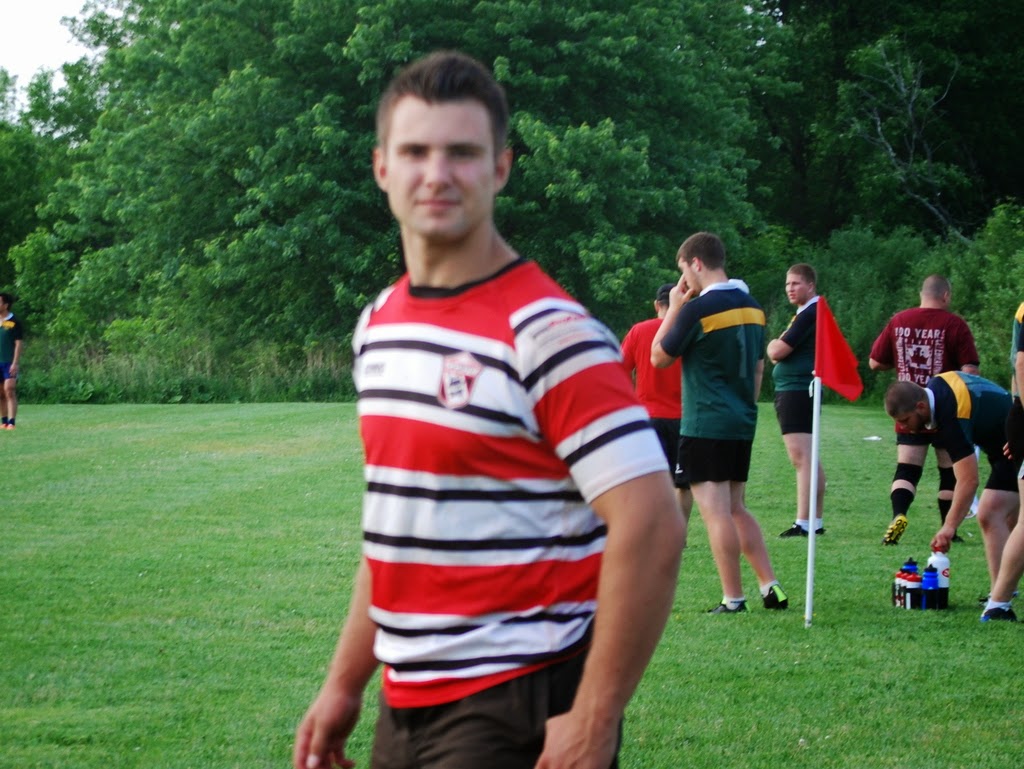 Nick Lord scoring in the last minute of the game after our most competitive 10 minutes of the game.
Vic got the long conversion from this spot. 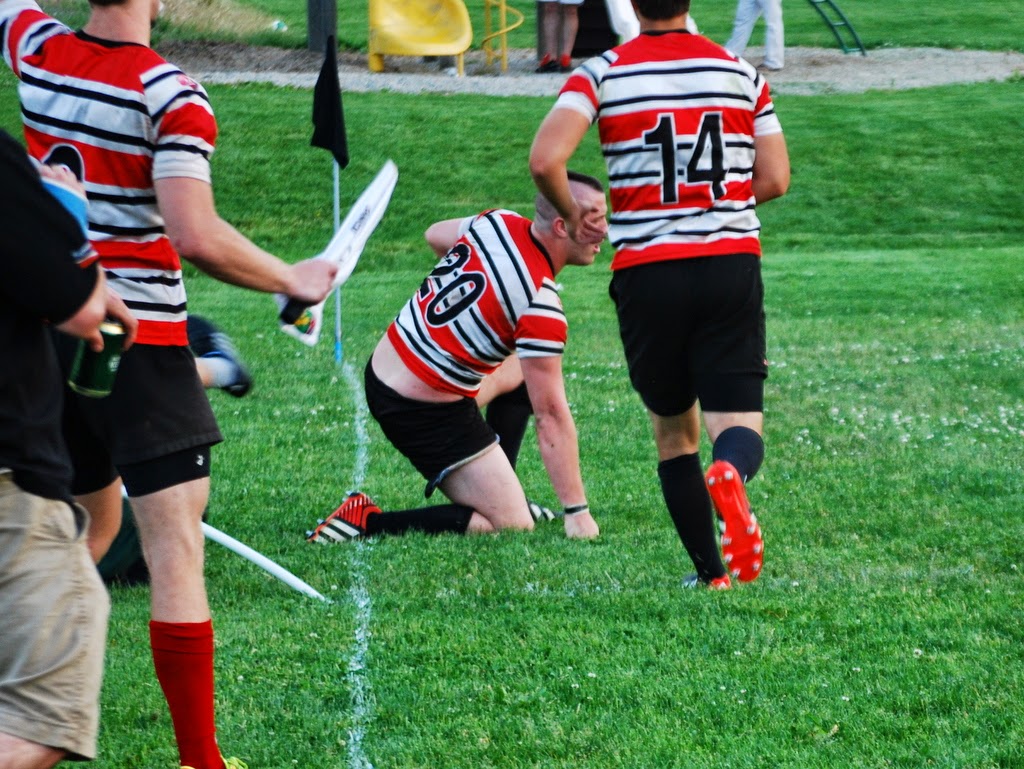 We got our first yellow card of the season to James near the end of the game - the first in quite a while. However in James' defense the other player was being a jerk and came afterward, apologized and brought James a beer. Classy. We scored with 14 players. We also got our very first "get out of the park" call.

Canada's game against Scotland (a 19 - 17 loss) was a good time and probably a good game, to bad I was there.  (I missed all the ending stuff for some reason).  I was speaking with a Welshman who is was the video annalist for the game.  They have expensive GPS instruments in the back of each jersey and can tell how far and how fast a player runs.  They can determine how many sprints a player makes at what speed.  They can also tell how hard you hit in a scrum and a tackle.  He also said they had a drone hovering over the field taking action pictures.  Brave new world.

Next fixture is in Norfolk on Saturday June 21 but our drone is unavailable.

Email ThisBlogThis!Share to TwitterShare to FacebookShare to Pinterest
Labels: Waterloo at home