Venue:  Oakville Rugby Park (the top field - you need to climb wooden steps to get to it - the one that is very hard with little grass)

Travelling attendance:  Sam was checking us out to play next week and Dillon's little sister was there. Brendans fiancee, Melissa and dog were engrossed in the game (the dog wanted the ball). 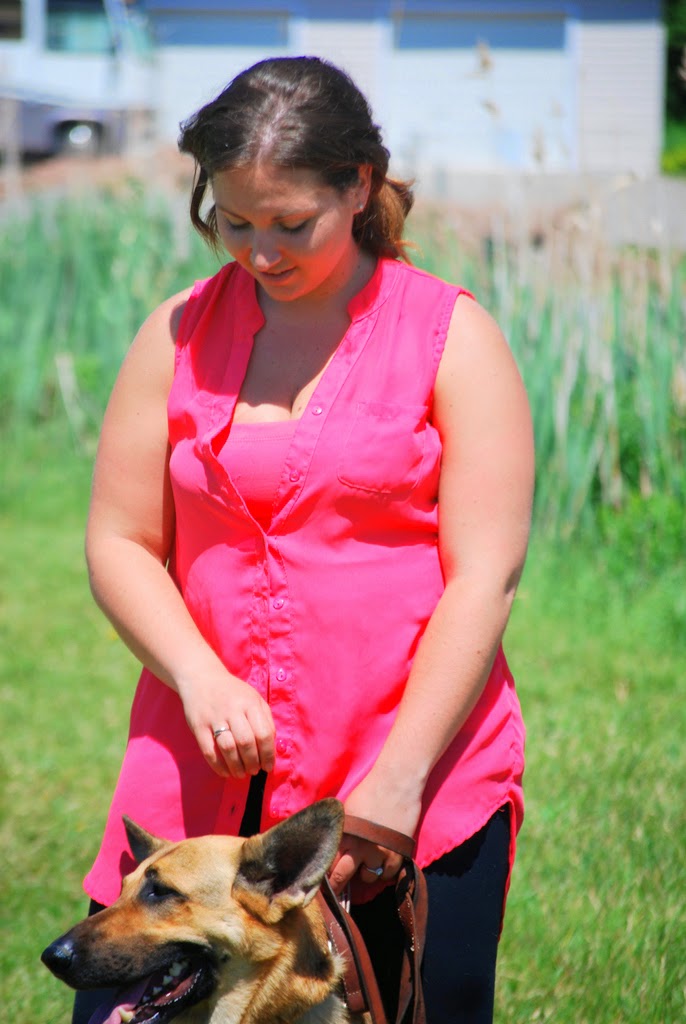 Game: Missed most of the game due to Flag tournament back in Grimsby but what I saw was a physical set to with lots of bumps and bruises on both sides. A few sore players (but its a good sore) afterwards. In the second half I did see Cru score often.  Dillon and Alex scored in the first half.

The fourth team for the Cru is always a tough team as it is the "fun" team that players who are skilled and have played much higher rugby go to when they do not attend practice very much and are not aspiring to play in the first team.  It is a good measure for us.

In the second half Dillon moved to scrum half and scored again. Dillion has scored two tries in each of the two games. However, with the exception of some good individual runs which should have led to trys but we could not finish - the Crusaders dominated the second half in territory and scoring. 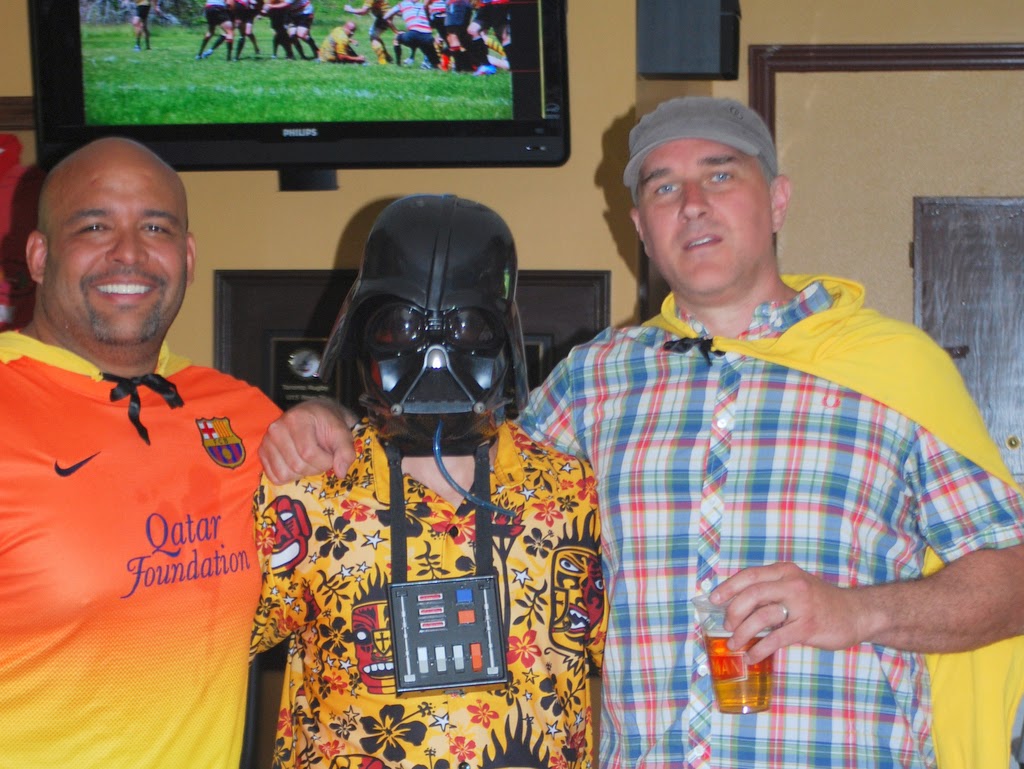 Above is Alex (on the right) who was chosen man of the match with their man of the match on the left.  Just try to forget anything else you might see in the photo (like Alex with a cape on).  Below is a picture of our man in flight. 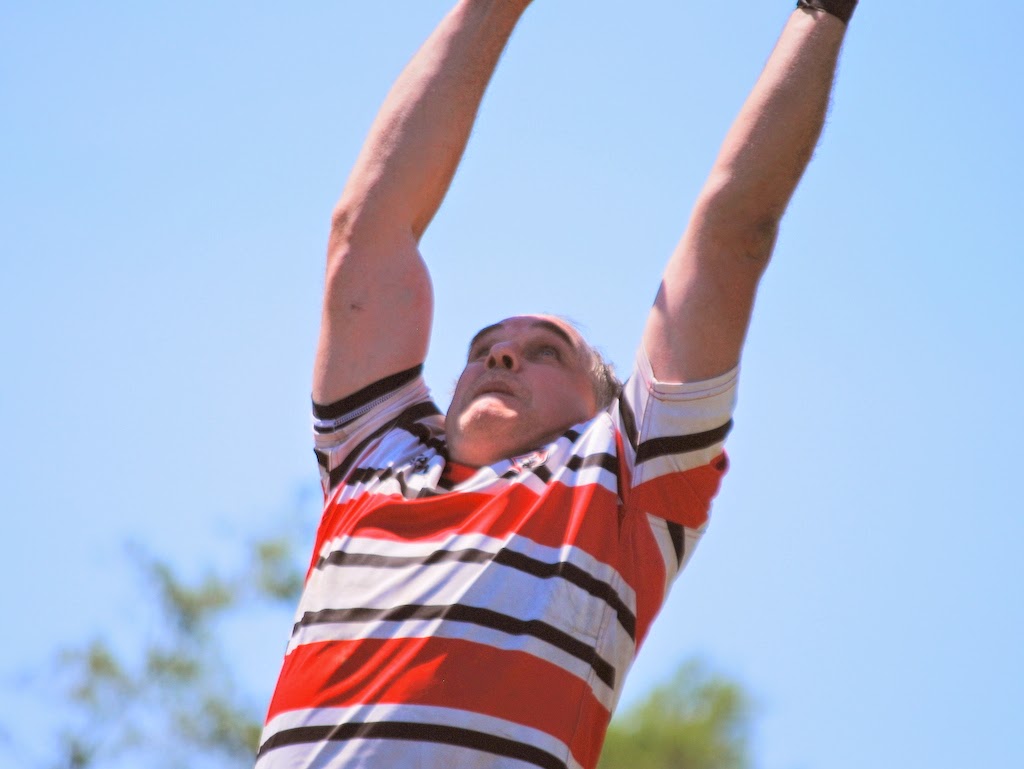 You might have noticed out team picture in the Grimsby Lincoln News for winning the Brooker Cup last week (thank Ross for the promotion).  It will not be in the paper this week.

Tats of the team (second of the series) 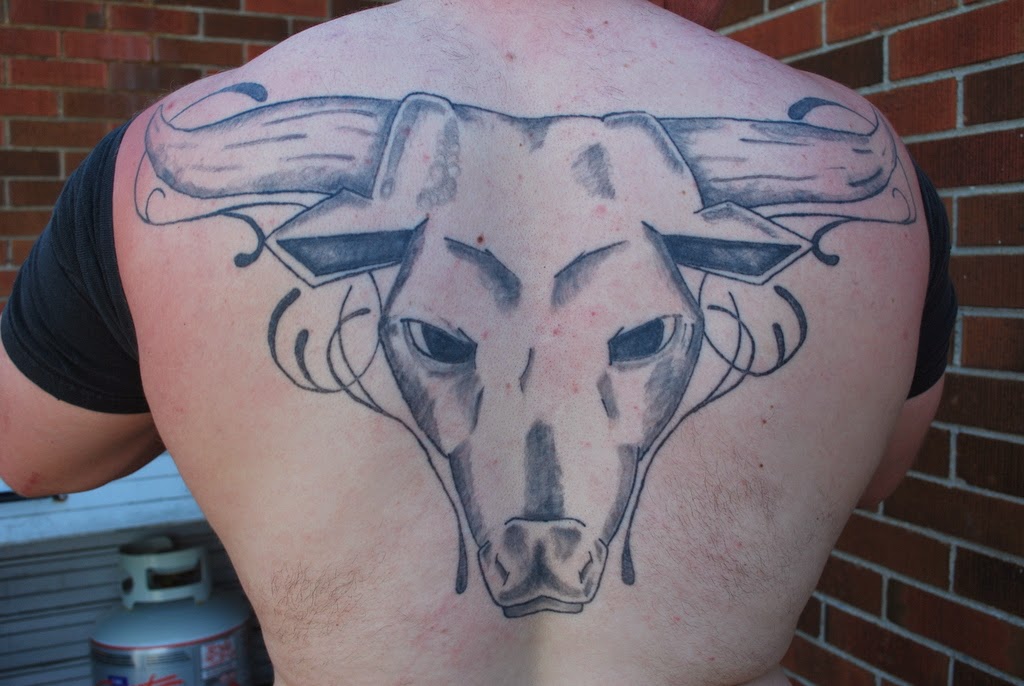 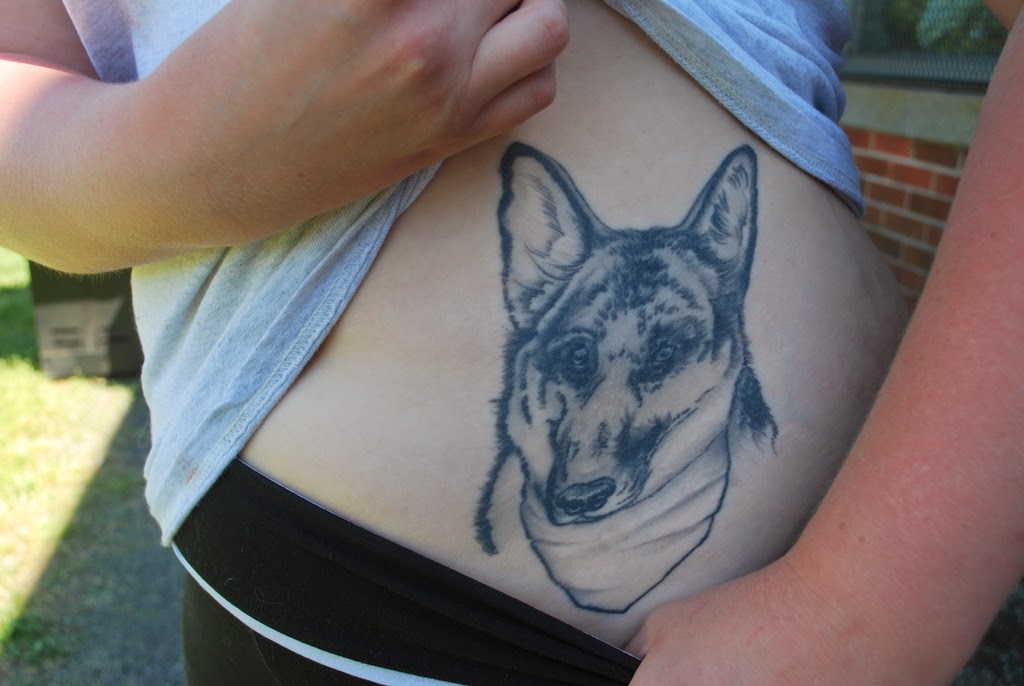 Good time was had at Nick and Mary`s Stag and Doe Saturday evening.  Congratulations.

Next game is a rare Thursday evening game at Alway against Waterloo IV starting around 7:15 (or when ever they get there).

Email ThisBlogThis!Share to TwitterShare to FacebookShare to Pinterest
Labels: Oakville away 14