Venue: Waterford High School, Waterford Ontario. This is our farthest fixture this year.  I was in Fort Erie for the flag tournament and drove through southern Niagara to get to Waterford (no direct route between them).  In case you are ever that way there are a lot of roads between us and Lake Erie. I should have taken down better directions.

Weather:  Great day for watching, a little hot for playing.

Referee: Luke Doehn: We have never had Luke before and he did not order any spectators off the pitch.

Attendance: Nick Lord's dad (who also came from Fort Erie) with little Dylan who was a bit overwhelmed at the flag tournament.  Kyle was there and myself.  The supporters bus must have gotten lost coming from  Fort Erie.

Team:  The team was skimpy with only 15 players.  We always have trouble getting players this particular weekend in June which always coincides with the Pride Parade (this year the World Pride Festival) in Toronto. Just sayin'.

Game:  I arrived just before  half time and saw Norfolk score off a kickoff. Then the last 10 minutes of the half we controlled the ball in their end and Ross spotted the ball down at the half.  Everyone but the referee thought the extra points kick by Dillon was good.  Although I missed the first half, it seems like we were comparable in the scrums and were doing well in the scrums.

In the second half, lack of reserves and the heat wore us down but we kept in there.  Probably we should have been kicking more and trying to disrupt their lineouts.  As usual Norfolk played a very physical game and knocked us around a bit.  Jamie did score a try in the second half but Norfolk scored more often.

I have no pictures as the camera was not working.

Man of the match as picked by Norfolk was Dillon Trimble who has only played scrum half twice before in games but has helped us out because of injuries. Dillon requests when we choose man of the match from the other team he is not drinking against someone so large.

Thanks to Ross Matheson who stepped up to act a Captain the last two games due to injury to our regular Captain.  The following is his message to the team.

I want to thank everyone who played Saturday for the effort they put in. Due to injury and other commitments we travelled with 15 players but we all knew that would happen on some occasions this year. The effort everyone put in yesterday was great and won't be reflected in the score. There was some great back play and we dominated the line outs and were very competitive in the scrums. It was a very physical game and I'm sure there are some sore bodies today. Everyone took the hits and kept going. Thanks to the guys that played out of position as well. Let's get out to practice this week and build on the things we did well and work on the things we need to improve on. We have the talent we just need to put it together.

Third in the series:  Tats of the Team 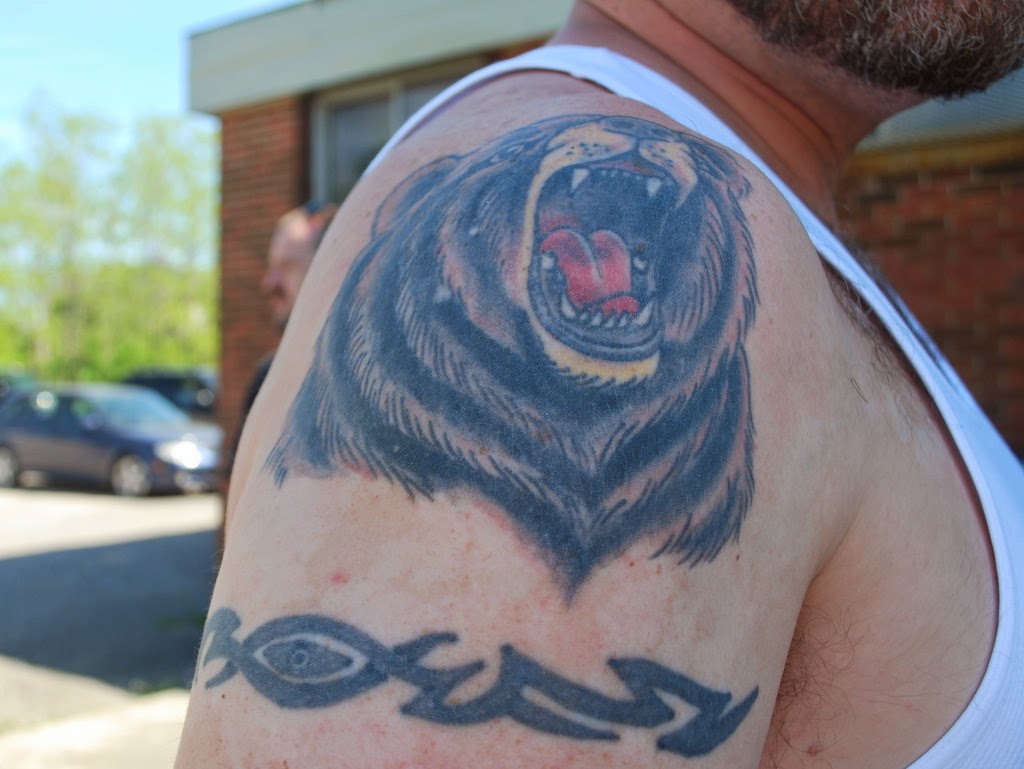 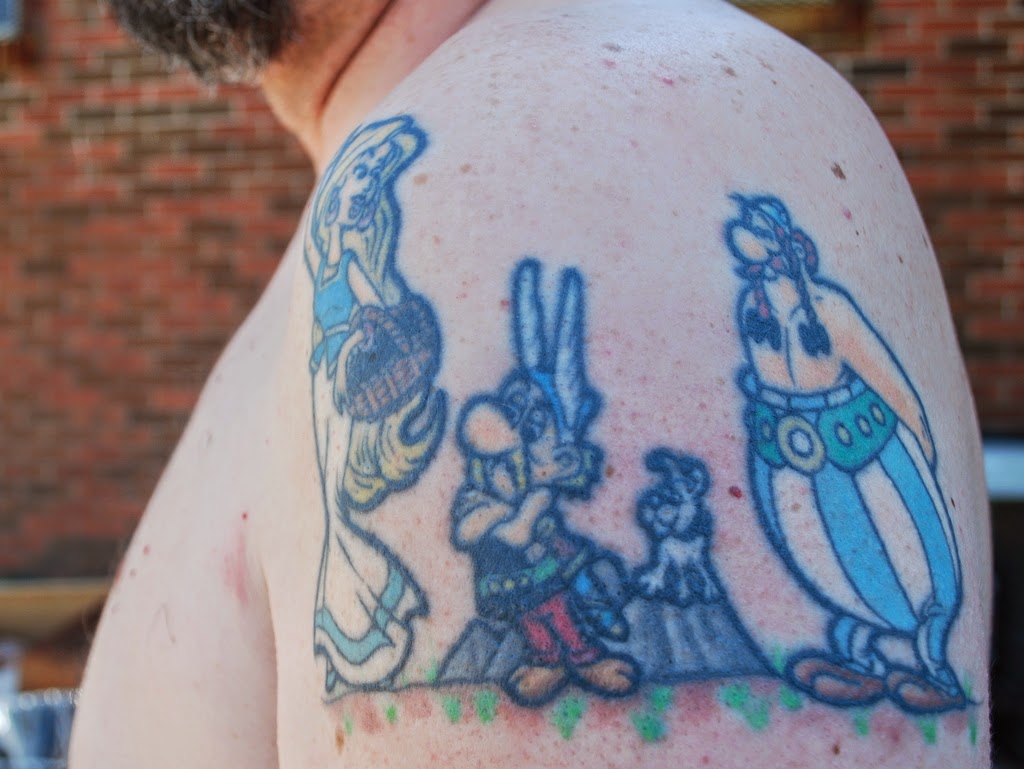 News of the Rugby World:

Mongolia defeated Cambodia 49 to 5 in Brunei (a sovereign state located on the north coast of the island of Borneo - Wikipedia - i had to look it up) to easily win Asian Nations Division 4.

Greece is now 102nd in world rankings because three new teams were added above them.

Also,  Canada loses to the U.S for the first time since 2009 by 38 to 35 in Sacramento, California despite being up 10 points at the half.