The always dignified Awards/Christmas dinner took place on Saturday December 12 2009 at the Depot Pub in Gimsby. 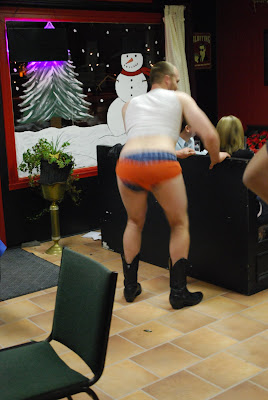 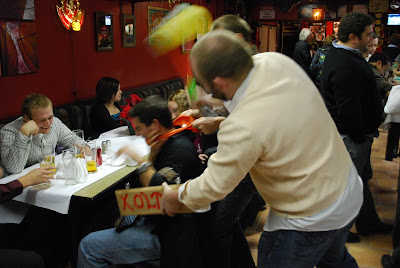 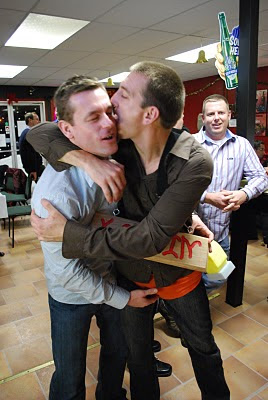 Thanks to Bob Mavro for arranging the function and for the thirty or so who attended. The food and atmosphere was exceptional. We had some celebrities attend. Our only actual social member Eddie Viera and former Grimsby players Ian and Ross Matheson were there along with Melissa? a friend of Martin W. who he met that afternoon at a funeral. Nick Lemieux attended having just come back from Australia the day before. It was good to see Kevin Erb in attendance, he will be getting surgery on his knee in February and will unfortunately miss next season. And Prince, the player formerly known as Scully, was a hit showing his mutilated appendage to anyone who would look.

This year's player's awards which are voted on by the players themselves went to:

A new annual award was introduced this year and is called the Deer's Rear award and is intended to go to the individual who did something so outstanding that he represents the arse end of our stuffed deer head at the clubhouse.

The story behind this year's award goes back to our away game in Windsor in July. We are down 14 to nothing and with about 5 minutes played in the second half, Windsor punts which is retrieved by our side and we start the counter by giving to our center who makes a pass that is intercepted by their center who runs the ball in to score a try just outside the posts. This is bad enough, but our fullback chases gives the scorer a bit of a shove, which brings in their team to shove our fullback and this brings in our winger to help the fullback. The result is a converted try and two yellow cards. In the next couple of minutes of play, Windsor punts but our flanker late hits the kicker and gets a penalty which turns in to a yellow through arguing. Windsor scores quickly between the posts. The net result of this series of plays is two converted tries and three yellow cards (a new club record). So this year's Deer's Rear Award goes to the player who made the original pass that was intercepted, Mike Stuart.

This year the fun? awards were again given out by Bob Mavro and Kyle Wilson. 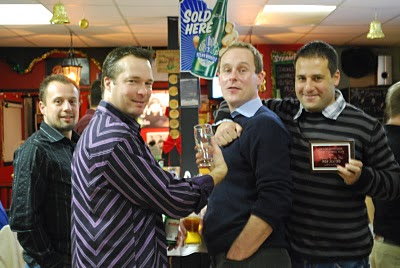 This was the first year for the President, Bill S., who also took on the duties of Head Coach and so he announced a top ten list of things he learned this year. He noted that if you do not understand some of the topics on the list, then you are not around the club enough.

10 A kilometer of fence is a long distance.

9. Always listen to your elders, especially your parents who have a lot of life experience and probably know something about life. Your father knows a bit about rugby and so do not just tune him out when he is trying to get you to do something.

8. Always wear sunscreen, especially if you father has explained to you several times that you cannot put sunblock on once in a day and run around in the sun at a beach without a shirt. No wonder you get burned and can't play rugby.

7. Windsor is a long drive.

6. However in Windsor, you can earn enough money from older ladies to buy another jug by taking off your shirt and pants and dancing wildly in public.

5. Don't send an electrician and an accountant to put up a ceiling.

4. Don't let anyone stuff your ass with toilet paper and light it on fire, no matter how nice he seems.

3. Don't treat players like they are in high school, even though you are a former teacher and they act like they are.

2. It is never too late in a game to get a card nor too late in a career to get a drop goal.(as an aside Frank S. got a yellow at the 79th minute but was beaten by a former Grimsby member playing for St Catharines who got a yellow right after the final whistle and immediately retired from playing rugby)

At the end of the evening, as is our tradition, we went to the Legion to cheer up the veterans. In an unfortunate incident, Bob M. was escorted from the establishment and has already set the bar high for next year's awards.

The executive wishes everyone a good holiday and expect to see you for touch on January 1 for touch rugby. 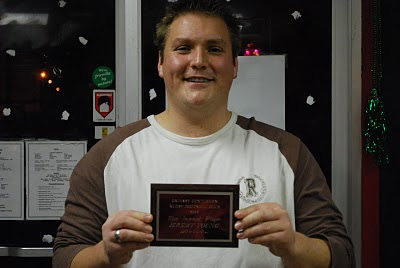 Clubman of the Year: Bob Mavro 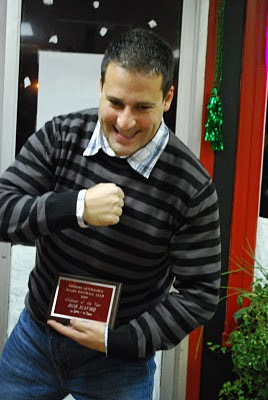 Player of the Year: Jon Jeske 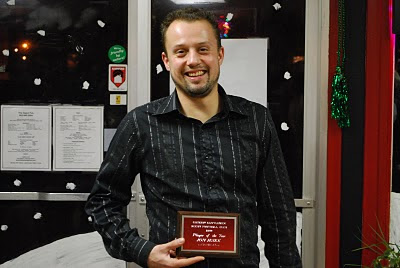 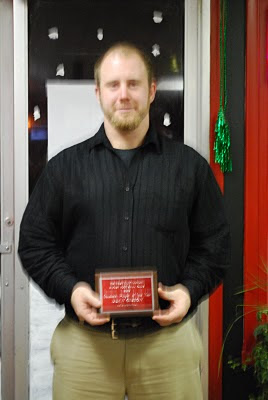 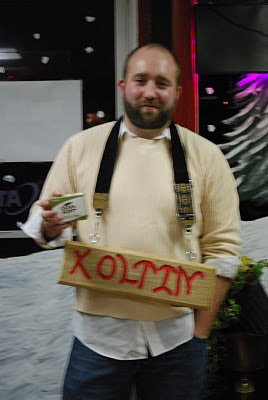 Nick Lemeux back from down under the day before and trying to keep warm with Australian ear muffs. 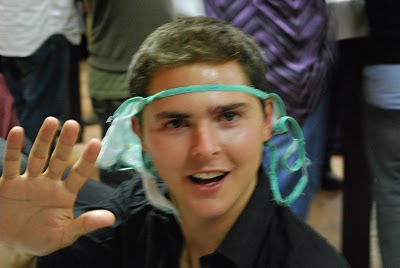 Email ThisBlogThis!Share to TwitterShare to FacebookShare to Pinterest
Labels: Awards 2009

We had just enough for a quorum for the 2009 AGM held on November 2 at the clubhouse.
Reports were given about the year and the following members elected as executive members

Thanks to all who attended and ran for office.
Posted by b stuart at 3:44 PM No comments: