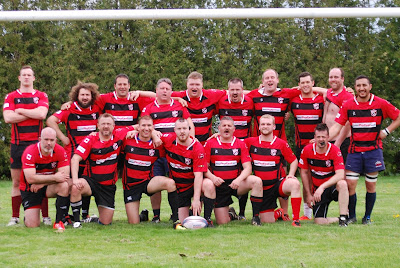 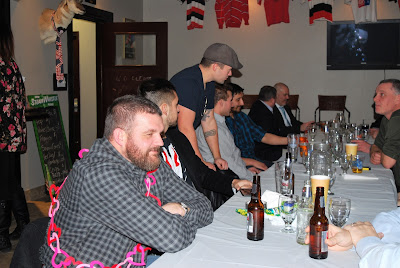 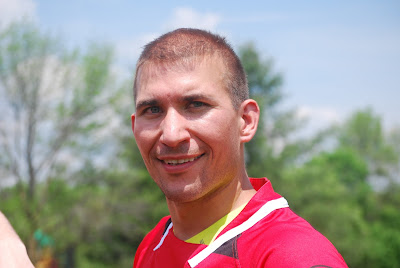 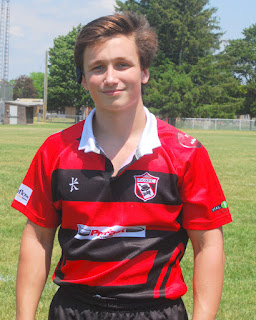 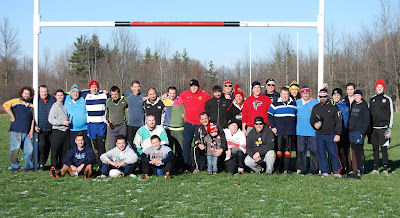 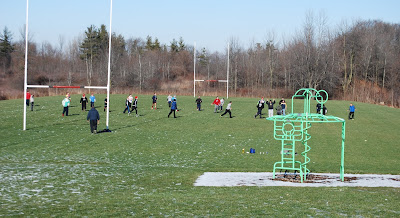 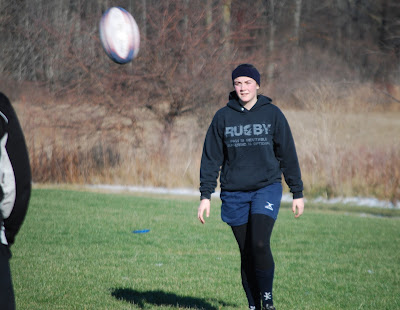 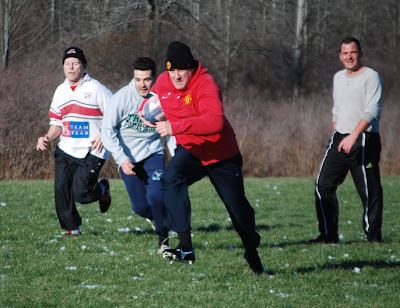 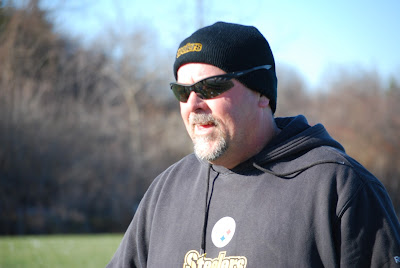 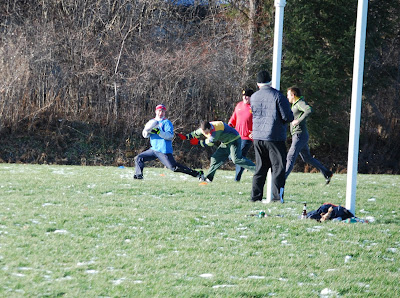 We held the AGM to go over 2016 and to elect the officers for 2017.  Ten people attended the meeting (one on the phone) and discussion were had on the anniversary weekend, our finances and attracting new players.

I guess its time to review the outcome for the summer.  After we defeated Wilmot on our 40th anniversary event (that's two in a row against Wilmot), we went to Burlington to take on their seconds.  I was not able to be at the game but Grimsby did well just losing by 5 (33 to 28).  It is always tricky when playing clubs who have more than one team playing at home, they keep bringing on fresh players although it is against the NRU playing regulations.  Anyway we scored four tries and came within 7 points for two bonus points. Try scorers were  Austin (his first as a Gentlemen, I think), off a neat move from a ruck, Myron (his first) and two by Jake.  Conversions were by Will.

We than went to Norfolk (I got there into the second half) just in time to see Jon make a strong run but then tackled by four players.  He went off with an ankle injury and has not returned.  He joined the other three players who were off (we only took 17 in total) so were were very short.  Vic got the first yellow of the season and we were even shorter.  Needless to say it was nice to end that game (to the eventual undefeated league winners) and get out of Waterford.  Jake was selected by them as the man of the match.

Because we were all beat up and had three of our four front row out injured we asked Stratford for a postponement which they agreed to and also agreed to come to us on a Thursday.  So on Thursday July 28th we played Stratford at home.  We borrowed a few Niagara players, (Dan, Ian and Stephan) but  even then we were up against a very good Stratford team with a couple of players over from a university in England.  They managed to pile a number of tries on us before it got dark with only Dean able to score a try for Grimsby along with a penalty by Will. Stratford had only won one of their first five games until they beat Burlington by 80, us by 76 and Bruce by 78.

We were due to play Bruce the next game at home but they asked to postpone the game to August 27 because of an issue with one of their players (moving up a wedding because of an ilness).  Although we knew we would lose our captain Jake to university we agreed to the postponement.

This led us to the original last game of the season against Niagara II to be played at home.  When St Catharines joined up with Niagara we continued playing the Brooker Cup against which ever team we were in the same league with.  The game should have been played in Niagara but since the schedule had the game in Grimsby we played it in Grimsby but on  Thursday August 18th (they were having problems with numbers and could not put three teams out on the Saturday).  We agreed to play it (otherwise we would not have gotten a game) and they did not stack their team very much.  We still had problems with numbers and ended up with only 14 to start (this was mainly due to backups on the highway) and they scored before we could get our 15th player on.  The score ended up being a loss 15 to 7 (we had a chance to kick a penalty but it was 20 m out and they wanted to run it - that would have given us a bonus point in the standings and we would have beaten Wilmot and tied Niagara in the standings)

The last game was played against Bruce on Saturday August 27 and they were weak (they only had 15 players in total).  We were missing our Captain (Jake) but managed to put a team together and got off to a good start.  James Peden a first year player in Grimsby and new to rugby scored his first try of the season.  Will kicked a penalty and we withstood an attack on the goal line for a number of minutes.  Ross scored at about 25 minutes so the half time score was 13 - 5.  We scored three more time in the second and they scored twice.  Final score 34 to 21.  Nice way to finish the season.

During the season we had four wins (Wilmot at home on the fourtieth anniversary weekend, Brice in the last game and two games against Brantford by default).  We got beat up a couple of times and could not field a team for the away game in Windsor.  We need to concentrate on getting more players for next year.
Posted by b stuart at 1:51 PM No comments: