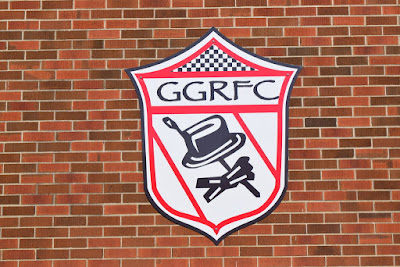 Venue:  Alway Field (a little dry as the irrigation pump plugged with iron deposits - over only a few years- and the field has had no water for the last couple of very warm and dry weeks, they replaced the pump a couple of days ago but there is little water in the cistern).  It was nice to play at home after two long away games. Game time 7:00 on a Thursday. 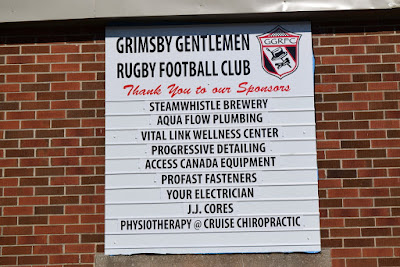 Referee:  Our own Bob Mavro who volunteered (sort of) instead of playing: as  there were no other refs available.  Great job , Bob
Weather: Actually a very nice evening about 28 degrees but a slight cooling wind.  We expected it to feel much warmer.

Attendance:  Didn't count (free admission tonight)  but the parking lot was full and we had to park on the lawn and the road. then we usually do that).


Game:  Against our usual form,  Grimsby scored early in the game with Vic breaking through and putting down in the corner at about three minutes (shocking our visitors and ourselves).  Burlington came back to score at about 10 min and again at 25 min.  However determined play near the end of the half led to a try by Nick Lemieux and the conversion by Martin.

About 10 minutes into the second half, Jake makes one of his patented breaks in our half and scores under the posts (without dropping the ball) to put us into the lead.  However soon Burlington begins to tire us out and despite highlight reel plays by our props Milli and Ryan and some aggressive play we get scored upon three more times.

Over all it was a very good game for a friendly and a good evening.  Thanks Burlington - it was much better than training.

Special thanks to Bob (the ref) who donated his fees to the club (figured Greece did not need it), Ryan's dad who became the water boy, Mason and Drake (who started out being the water boys), Paul who became the beer server, Jennifer for the salads and Vic for his usual excellent pea-meal bacon sandwiches. Vic  actually managed to steal a visiting ball not by our usual way of putting it into bush but by kicking  it so it lodged in a tree, where it remains today. 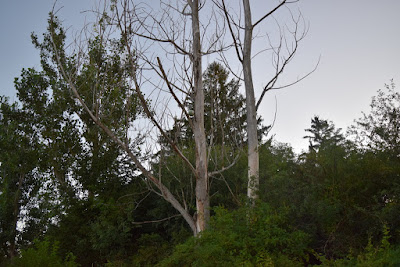 Vic also gets a mention as first male to get caught using the women's washroom by a woman.  He was also selected by Burlington as man of the match and another first took place when he and their man of the match (12) tied on the drink off and had to do it again (They again tied but we decided they were doing it on purpose to get  free beer).

Thank You
to the Community for voting the
Grimsby Gentlemen Rugby Football Club
as the Best (Diamond) Men's Rugby Club
in the region
for the Thirty-Ninth Year in a row.
We are both honoured and humbled.