Venue:  Victoria Park in Chatham: It was Kent's family day and this was not a pool as hoped but a bouncy place. 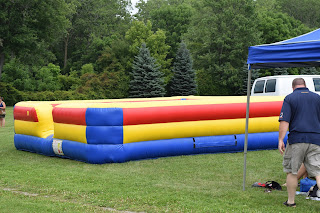 
Game:
After a slow warm up due to the weather the game got going but it was a slog for both sides.  Dent scored at about 7 minutes and again at 14 but we did give some push back and after some good attacks on the Kent line, Jake made a break and was held up near the goal but managed to offload to Brendan for our only score of the game.

Second half was more keeping going that really being able to challenge.  A few came off with heat problems and injuries (and came back on again). 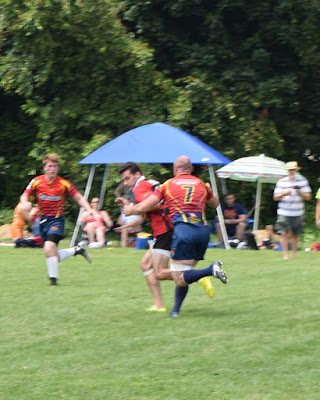 Thankfully it eventually ended and back to the excitement of the Saturday afternoon  meat raffle at the Chatham Legion (cheap beer - great fish and chips).


Went to the Pan-am sevens tournament last weekend and the Canadian women rocked. The men, although they eventually won the gold, should have not make it out of the quarter finals in the morning against Chili.
Chili played really well and scored with a minute left in the game to go up 7 points.  Canada was trying to score when the hooter sounded and then Chili self-destructed.  Two players went offside on purpose and got yellows and then Canada knocked on.  Should be game over as all Chili needs to do is get some sort of whistle but instead the Chilean player picks up the ball and  runs for the Canadian goal (ref plays advantage), then when challenged he tries to kick down the field. The  ball stops in the Canadian in-goal where Canada picks it up and runs it back (seven against five) to score (two and a half minutes of extra time) , convert and win in overtime.  If it had been soccer they would have had a commission to figure out why that happened.
I don't know why CBC did not show the finals after all they showed the entire women's beach volleyball quarter final which took more time than 20 minutes (or so someone told me). 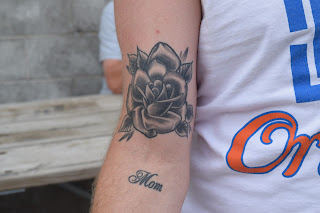 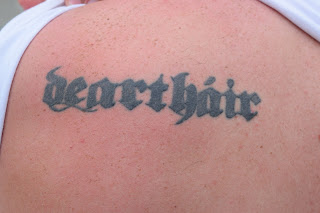 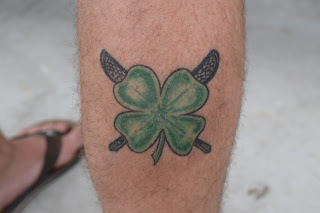 Freddy Sayers who is an Englishman., married to a Grimsby girl, and who works in Yemem or Oman or somewhere over there and bought 5 tickets to the Texas mickey bottle of rum we were raffling to support Erick who was making a trip to train with the Huddersfield Giants Rugby League team in England and  won the bottle. Freddy is seen here visiting the clubhouse last week to accept his bottle and to donate it back to the club (we have been using this bottle for about twenty years).  Thank you very much Freddy for the donation to the cause and the bottle.(Freddy had just gotten back from a trip to Cuba and rum was not his drink of choice at the time).

Email ThisBlogThis!Share to TwitterShare to FacebookShare to Pinterest
Labels: Chatham Away