Our special project for 2014 has been the clubhouse renovation.

The clubhouse is the former two-room Alway public school which was built in the mid-fifties to replace a smaller wooden school on the same site.  The school was closed in the mid-seventies* (citation needed) and it was used for various things including the home of the Grimsby Optimist Club. Around 2000 the town was planing to tear it down as it needed a lot of work but our president Chris Atkinson, along with the Grimsby Lion's club, offered to save the building for a rugby clubhouse (not exactly sure what the Lion's club wanted to do but probably wanted to make it a project like the Lion's pool in town).  In 2002 a Trillium grant was obtained to put on a new peaked roof, new windows, siding, furnace and upgrade the electrical service.  The town put in a water pressure system with a cistern. The town then put in the washrooms and spent a year working on the field including an irrigation system from the well. Wayne Hodgson of Hodgson metals in Niagara Falls donated the real rugby goal posts. The fields and the clubhouse were opened in a special event in 2006. With the addition of our flag rugby division in 2008, we have become the top athletic facility in Upper Grimsby.

The second renovation started in January 2013 when the town (Bruce Atkinson, Director of Recreation, Facilities and Culture) agreed to bring in an engineer to make drawings of the clubhouse and to make estimates of cost.  This took awhile and we eventually got the results in the summer of 2013.  This is when Nick Lemieux came on board to spearhead the Trillium application process.  We visited the TriIlium office in St. Catharines to get more information and although it was close we made the Feb 1, 2014 date for applying with pictures, drawings and two estimates for each part of the request.  Trillium came up and visited the site and after more support from the town (Bruce again), we were awarded $66,000 from Trillium organization last summer to redo the roof, add flooring to the main room (to be a source of revenue), and build two change rooms with showers.  Hopefully most of this will be done by spring 2015.

By Friday Sept 19th we were ready to do the first item on the agenda which was redoing the roof.  We managed to get the old roof off and a couple of sides done on the weekend but it still took two weeks to get the final tarring done (actually there is still some more work when things get warmer).


In total, members contributed almost 300 hours of volunteer time doing the roof.  Brendan and Vic took days off work and contributed 39 hours each on the roof themselves. Other contributors were Bill, Nick, Dirk, James, Steve, Alex E., Martin V.D.H., Paul, Chris, Kyle, Ross, Alex M., Colin, Jon and Bob. Thanks to all who contributed time and who we can blame if it leaks.
Special thanks to life members Chris Atkinson and Paul Rohner who helped with the roof, second edition, as they worked on the first one (it did leak).  Chris has the distinction of being the only person who has fallen through the original flat school roof.
Because of all the help we managed to put on the roof with a fair amount to spare from the Trillium grant and were able to apply some of that money to repair the water damage inside and paint most of the main rooms before the club dinner. 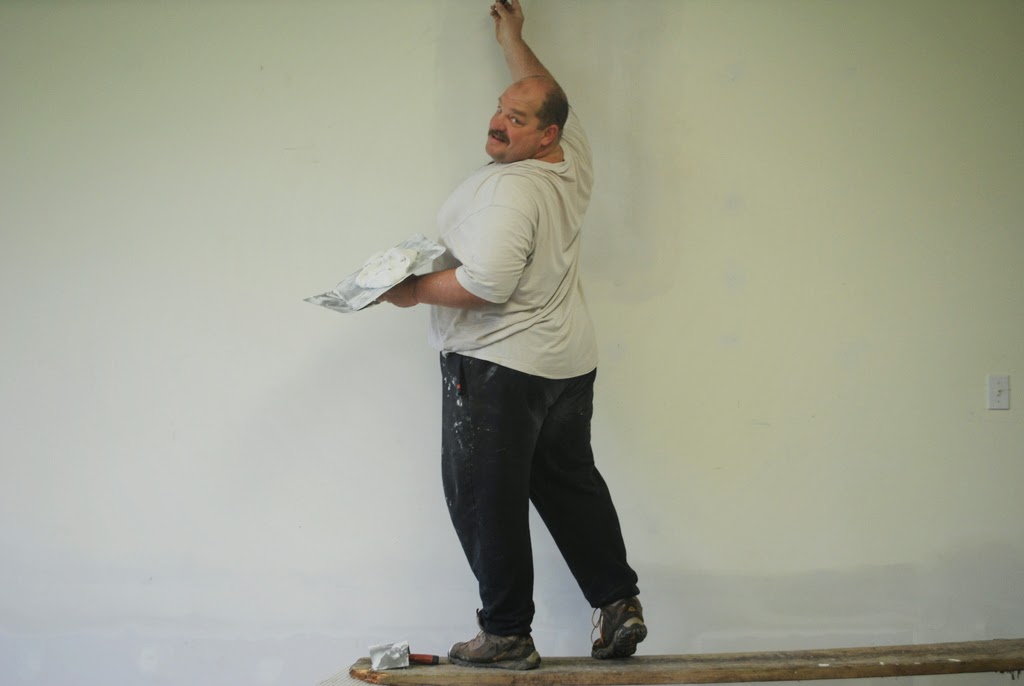 Also an enormous thanks to Jim Barkley who came in and finished off the drywall repair work (Jim also donated his time to do the drywall work originally).

The floors did not get in in time for the dinner on Dec 6th but a lot of work was done by Nick and Vic in cleaning and painting to get the place in order.

The next work is to get the floors in (the ceramic tile is in now except for the kitchen) and start on the change rooms.Stay tuned.