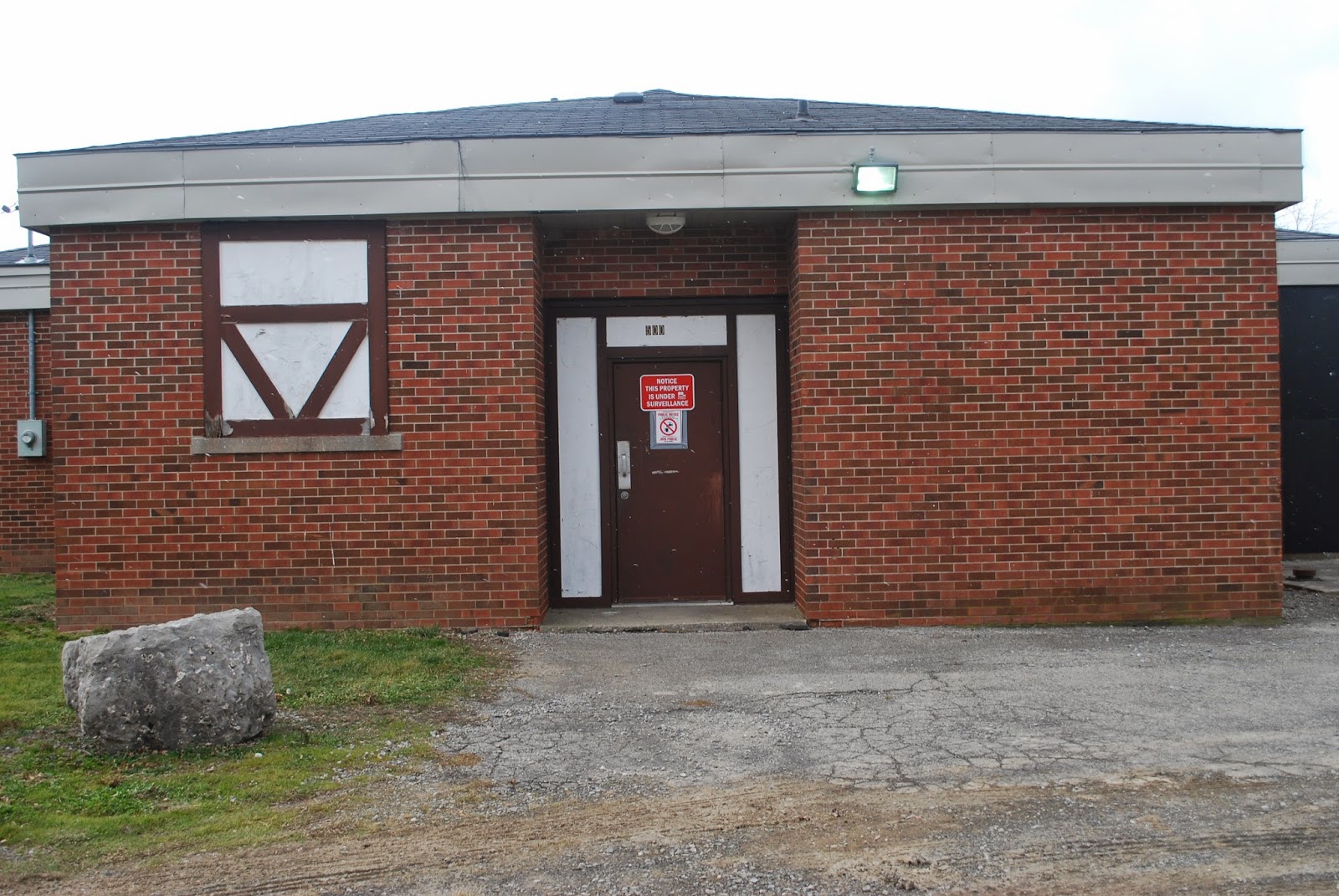 On  Dec 6th we held our annual dinner at the Alway clubhouse for the first time ever.  We have used Alway since the spring of 2006 ( in finally cleaning up we found dead flies dated from that time) but never thought it would make a good venue for the dinner as it is a long ways from town, what would we do after the dinner and the place was quite dirty . Vic felt we could put the dinner on (he knows a caterer) and it turned out very well.  First we had to put on a new roof (so things did not leak on us) thanks to Trillium, then we had to fix the water damage (thanks to Jim Barclay).  Then we painted everything that did not move and the paint made the place look good. We were hoping that the new floors would be laid in time, however they were not done and we had to make do with a good sweeping and washing thanks to Vic and Nick.  At least we know that we would have to be really bad to get kicked out of this place (but no need to try).

Thanks to Vic and his caterer (Vic did all the set up) and we had an excellent meal.

We were ably served by the barkeeps.


The picture below shows Derrick Weber contemplating rugby in one of the 3 and 1/8 games he played this year.  He originally injured his ankle playing indoor soccer (co-ed) in the winter then went on light duty at work with a wrist problem.  He played the first two games then stepped on a piece of broken bottle and damaged his heel.  He missed only a couple of games but broke his toe after 10 minutes against Stratford.  He only made it back for the last league game.  Also he turned thirty this year (it does not get any easier Derrick).   For this reason he got the rarely given "thanks for coming out" award.  Surprisingly there was some competition this year with Nick Lemieux who broke his thumb after 5 minutes in the second exhibition game and Kyle Wilson only playing two games (shoulder).
Dillion Trimble helped coach Beamsville High School last year and played club rugby for the first time. He had never played scrum-half but we had lost our experienced 9s through injury and we persuaded him to try it.  Playing about 7 games at scrum half and two at wing, Dillion scored ten tries in nine games.  He also took over the kicking duties and scored 82 points in total (this was 40% of our total points this year).  It is for this reason, Dillion was named as the team's Rookie of the Year for 2014.


We had a trio of senior (experienced) players join the club this year.  On the left is Mark Woodgate who filled the required New Zealander position on the club which was vacated when Dean left last year.  To Marks right ( actually his left) is Adam Meehan who has played for many teams in Ontario.  Adam handles the ball the way he handles glasses of red wine.  The next person to the right is Milli who is photobombing the three amigos.  On the end is Alex Easton who came back to the"game played in Heaven"after 7 years playing soccer  (the game played in the lower town). Alex is a former club president and is our Comeback Player of the Year for 2014.


For the first time ever we are giving out two Clubman of the Year awards (we once did give one award to two people: Laura and Martin Van Der Hurk for their work with the flag program).  This year we are giving the award to two people for two very different but significant roles they played with the club this year.  This award could also be called the "unsung hero award".

Nick was and continues to be the fixture secretary and did a great job in this position but he also spearheaded our application for a Trillium grant.  The whole process is a lot of hard work and we ultimately received $66 000 to renovate the clubhouse.  To this point we have put on a new roof, repaired water damage to walls and re-painted most of the rooms. We will be adding new flooring soon and later this winter change rooms with showers will be built.  He has also spend a great deal of time working to get the clubhouse ready for the dinner.  For these reasons Nick Lemieux deserves the Clubman of the Year for 2014.

Not to lessen Nick's award but to recognize Ross Matheson's extraordinary work the past year in the area of coaching .  Ross returned to the club after about 15 years elsewhere (the local farm team) and although he wanted to be lower profile for the start he stepped up took over a big leadership role on the team. .  Ross attended most practices, lead fitness and coaching drills and was asked to be captain on the field in the absence of the regular captain due to injury.  Ross has also accepted the job as club manager for 2015.
Congratulations to both Ross and Nick.

Club Manager and Team Captain presented Vic Blaney with the 2014 Player of the Year award as the main player on our side that other teams look out for in terms of hard running with the ball and devastating tackling. The mere fact that Vic is out there opens up lanes for other players.
The last "official" award is the "Deer's Rear" which goes to someone who usually has a "brain fart" on the field and this year it goes to Jame D'Achille who while making a fine break manages to fumble the ball with only the try line ahead. Classic.

Other dinner guests enjoying the ambiance:

Martin who has an amazing amount of knowledge about rugby floating around in his head pays careful attention to what others are saying especially when Jon says it.  Jon has a way of coining a phrase that Martin will then record. them and call them Millisims. For example (the suitable ones)

Milli
on education:  "You train a bunch of monkeys to do something but as soon as one starts throwing shit".
on his profession:  "I'm all over that like a fat screw salesman on a smartee "
on fashion:  "I always buy motorcycle tee shirts because they are so large you don't have to wear pants."
on something:  "It attracts me like a moth to a fly."

A special thanks to our team photographer, Jennifer Reichow, for her collection of pictures from the year and the comments.

We always wondered what we would do after the awards we given out if we held the dinner at Alway.  What would members do after and how would we get them back to town so they can go to the Legion and cheer up the veterans.  We solved these problems by running out of beer and so every one left.

Email ThisBlogThis!Share to TwitterShare to FacebookShare to Pinterest
Labels: dinner 2014