Burlington away (Week lX of X)

Referee:  Gareth R. Holloway**** very good game, handled all the nonsense very well. He actually said he liked refereeing  third division NRU games (but he might have been making fun of us). 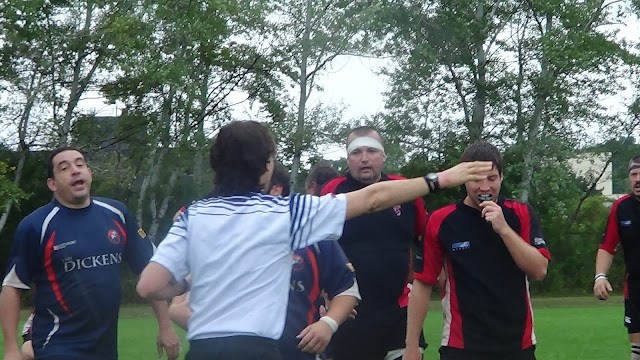 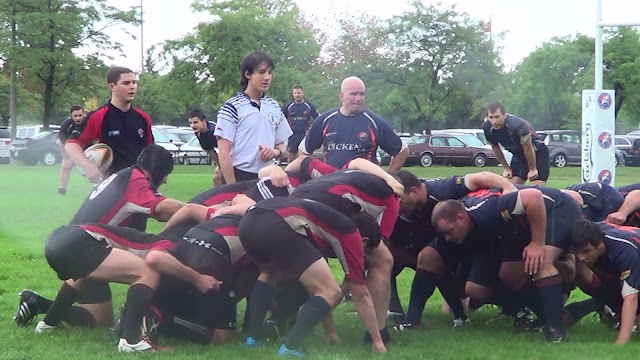 Weather:  The weather has been so hot and dry this year that you could have sex in the middle of our field and not leave a  wet spot. 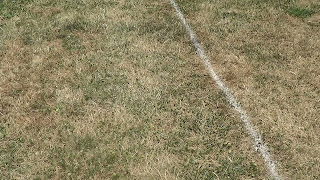 However, today the weather was wet and rainy and a bit cool.  Perfect (at least it is now).

We missed three expected players and got Brandon in for his first game with Grimsby (and as hooker).   Thanks to Dirk and James for driving quickly from Niagara Falls after coaching the flag players.

Three weeks off and not a lot of training done during that time, but we did come up big in the first minute or two with Dean scoring a try (Burlington complaining that their scrum half and captain was taking a dump and not on the field, I missed it all (the dump and the try)).  Webs converted.  We seemed to play harder with better flat line defense although we still ball watch.  Burlington played well and probably had the edge in territory and possession.  A nice feed by Webs, a great run by Vic led to him scoring with about 5 minutes to go in the half.  Here is Vic`s run. 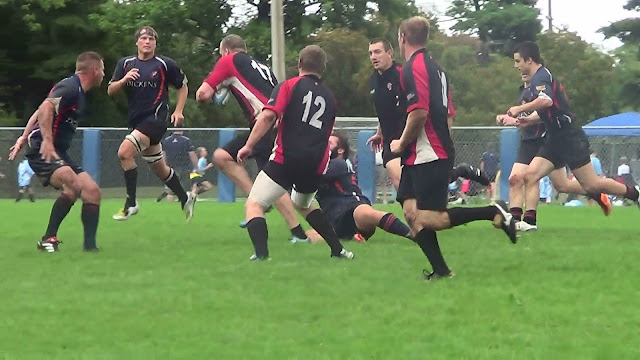 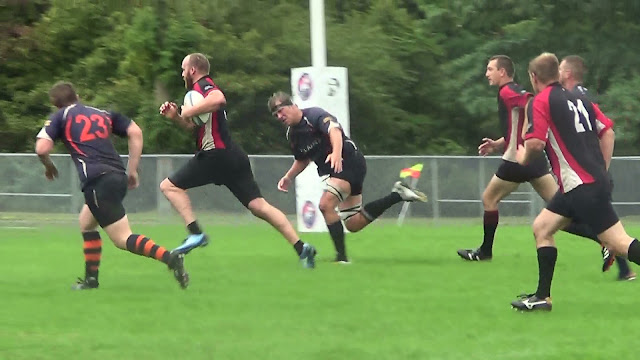 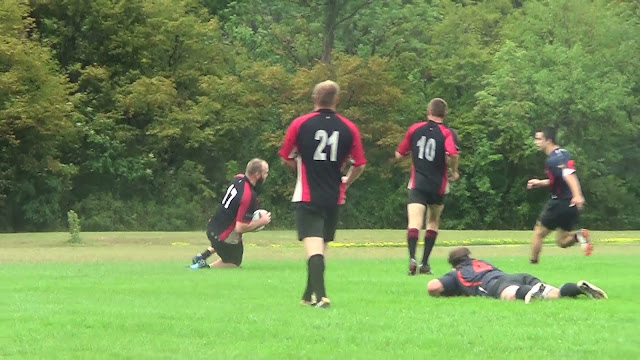 Things continued in the same vain in the second half except Burlington scored at about the 65 min mark and converted to make the final minutes exciting.  However we did hold on with some determined tackling for our first win this season.

It is always nice to beat Burlington and it was more of a struggle that it should have been. The score was too close considering most of our players would be playing for the firsts or seconds if they played in Burlington.
The flat line was better and we were more aggressive putting more pressure on them.  Our body position going into offensive and defensive rucks was poor and we lost control when we go into contact with the ball too often.  Lineouts were spotty and scrums were good at the start but deteriorated in the second half. However they are second in the league and were challenging for first, so it was a good win.  Man of the match went to Dean Crozier seen here with the offside centaur,  ref.  Honourable mention to Webs. 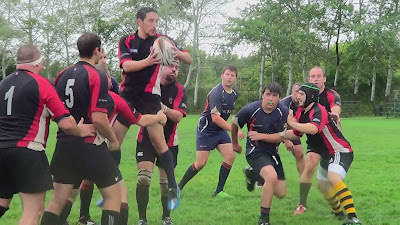 Thanks to all who voted us Best Senior Rugby Club in Grimsby!!

Email ThisBlogThis!Share to TwitterShare to FacebookShare to Pinterest
Labels: Burlington away 2012, win