Unfortunately short players again, with players arriving late, good thing the game did not start on time. We had the wind in the first half but Norfolk scored first as a result of us playing one down. With our scrum forty meters out from our line, we sent the blind side winger into the scrum but Norfolk wheeled the scrum, we lost the ball at the base and they charged down the blind side and scored after 20 min. We came back and kicked a penalty by Dylan and then a try by Derrick off good forward pressure in the next 20 min. A couple of dust-ups near the end of the half resulted in a warning by the referee about any extracurricular activities. Players would be sent off.

Norfolk knocked on the kick off and from the ensuing scrum our center Alex scored a 40 m try and the conversion bounced off the post and in. With the wind now, Norfolk kept the ball in our end and were rewarded with a penalty in front of the posts after about 20 min. With about 10 min to go, Derrick kept the ball up in the end zone, but the push on the ensuing scrum caused their front row to go back and up resulting in a penalty against us. A quick tap gave Norfolk an unconverted try. Tie game. Unfortunately, a quickly taken penalty by Norfolk from about 35 m out resulted in a last minute try.

Welcome to Phil Sullivan back with the club and playing his first game in a couple of years. Also welcome to Andrew Jolly who is over from Great Britain for the month of August and plays with Dundee University in Scotland. 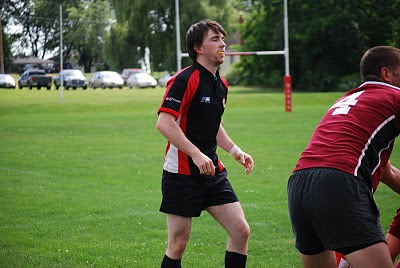 Andrew (above) thinks its bloody hot to be playing rugby.

This is the third game in the last four we have lost with a try in the last minute or very near the end of the game. It would probably indicate a lack of fitness. Even with one man down we could have won the game. I know with the lack of players, it is difficult, but we need to get motivated to win and get stronger on defense. 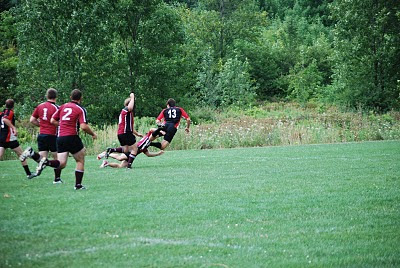 Well done Bob for the food celebrating that rugby power: Greece. Next time we think we will have reindeer burgers to recognizing rugby in Norway.

Thanks for taking the lead on the poker tournament Derrick, not as successful as we had hoped, but you came away with a bit more money at night and a few more scars from the day.

When coming to the club, we invite you to be sure to visit our unique gift shoppe, right now specializing in an assortment of products that mask strong odours. All our merchandise is endorsed by every person on the club and especially their families. The shoppe is to be found in the south-east corner of the main room, you cannot miss it (or ask directions from our courteous staff). 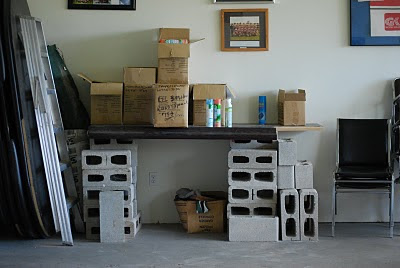 Email ThisBlogThis!Share to TwitterShare to FacebookShare to Pinterest
Labels: Norfolk at home