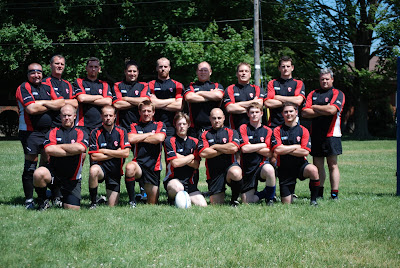 Weather: a bit warm and very sunny with a little wind.

Attendance: A few made the trip but a lot less than 500

Presidents Report: Well it was a nice trip through the country and we can report the corn crop looks good. Unfortunately the game , for us, did not look good. Rambir did a very good job of refereeing but the game was mainly played between the 22's. Both teams offences could not make many breaks although we looked like we would score good in the first ten minutes. At the end of the half their 10 was red carded for mugging our 10 and we played the whole second half with an extra player and with the wind. We could not take advantage and Norfolk scored with about 5 minutes to go.

Substitute: Dean Gibson for Martin at half.

Coaches Report: Since Norfolk has not had a good record, I think we thought we could easily beat them with whatever. But we did not do well on our lineouts especially at the start, could not get the driving mauls going and they equaled us in the scrum. They had a couple of players who liked to hit in the backs and basically we could get nowhere on the field. They only gave us one penalty that was remotely kickable and it went to the side. We need to use the forewards a bit more and move the ball more in the backs.

Their Man of the Match: Derrick Weber 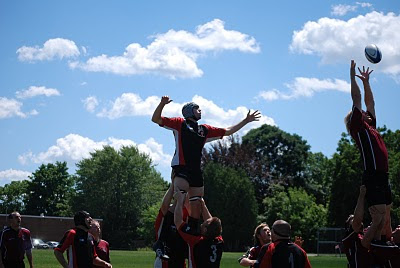