Venue:
We played on a turf field (new to most of us) at 9:00 at night (also rare) against a team established only this year (but made up of a lot of university players).  The only thing that was familiar was we lost.

Referee: Brian Bell (also a new{to us} ref who usually refs a grade or two above our level). *** Definitely did not have to kill and decapitate him.

Weather:  Nice night, low twenties.  Brought out the skunks.  I could probably make an analogy with the presence of skunks and how we played in the first half but I can't think of one. Or maybe its ironic  (but I can never remember what irony is).

For those looking at the moon, it was waxing sliver slice. 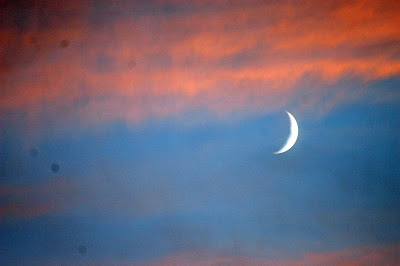 Attendance:  Maybe more than the attendance for the Tiger-Cats the next day (the reason we were playing on a Friday night), but probably not.

A few of the fans that came a long way.

Game Report: A tale of two halves.  We came out slow for the second week and did well offensively in the second half but as as Webs said ran out of time.  We juggled three of our backs and were missing a few regulars and actually put pressure on Guelph in the first half but made a few mistakes and let them make long runs for tries.  We actually kept the ball in their end at the start and were rewarded with a penalty by Derrick at about 4 min.  Then Guelph started to score with an unconverted try at 10 min, a penalty at 15 min, and then 4 converted tries at 20 min, 25 min, 30 min and 35 min. Once we turned over the ball in play the Redcoats took advantage in most cases and made their long runs. Slow start, mistakes, turnovers, poor defence led to a half time score of Grimsby Gentlemen 3: Guelph Redcoats 36

Second half was different with the scrum bolstered with some bigger bodies we started to dominate in the forwards.  We ended up with more ball and had fewer turnovers and the backs play was more organized.  Derrick quickly scored and converted his try near the posts.  With the momentum turning a strong push from the  scrum led to a push over try by Adam.  Derrick scored and converted his second try with a nice run around the end set up by Adam. Vic than managed a hard run to score  which Derick converted.  Grimsby finished their scoring with a hard run by Vic at about 40 min of the second half.

The man of the match selected by the Redcoats was outside center Martin Colyn.

Overall we were happy with the way we played in the second half to make a game of it but lamented the slow start.  Most people liked the night game but not the turf.


It was a late night but a few went to the Fat Duck in Guelph for some great beer and stayed til late.
Jamie and Drew had to listen to Welsh choir music on the way home. Maybe that's why they have been avoiding me.

Thanks to Jennifer for the photos as mine did not work under the lights.
Posted by b stuart at 7:37 PM